Last Tuesday St Joseph’s opened the doors to prospective parents through our Open Day. The day was well attended, and our students were excellent ambassadors for the College. It was also the day we were able to launch our new branding.

As many are aware, our new signage around the school has made a big difference, especially for visitors and new students to the College. It was also the launch of our new website. Site plans for the new building (extension to the Mary Rice building) were also released. For a full insight into our brand journey please click on this link to view.

This term, our students have been involved in many positive activities and on my journeys around the yard, during the breaks, it is good to hear some of their stories. They tell me how they cope with many changes in their lives. Despite initial difficulties it is heartening to hear our students concentrate on the positives in their lives and not dwell on the setbacks. They have a growth mind set!

People who were able to positively reappraise a situation agreed with statements like: “I find I usually learn something meaningful from a difficult situation” and “Even when everything seems to be going wrong, I can usually find a bright side to the situation.” These people looked on the bright side of life, they found a silver lining in every dark cloud. There is a bumper sticker that says, “The essence of mental health is the disposition to find good everywhere”.

As Wendell Phillips puts it, “What is defeat! Nothing but education, nothing but the first step to something better.”

“For where your treasure is there will your heart be also.” Luke 12:34

If you have uniform items that have been on HOLD since before 24th April, please call into the uniform shop to purchase by 30th May.  After this date all items will be offered to other people on the waiting/order list.

If you have uniform items that have been on HOLD since before 24th April, please call into the uniform shop to purchase by 30th May.  After this date all items will be offered to other people on the waiting/order list.

Most paid orders are ready for collection.  If you have placed an order, please call into the uniform shop to collect it.  (this excludes the S & XS formal hat and jnr blouse)

If you are wanting to check on the status of your order, please email the uniform shop on sjct@midford.com.au.   I will need your name, the date you placed the order and the last 4 numbers of your docket number, which can be found under the date. (eg. Docket   :100TO100000XXXX) 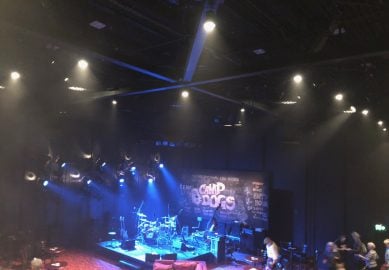 May 22 saw the Senior Drama/Drama-In-Practice class travel to Billie Brown Studio, home of Queensland Theatre, in Brisbane, to view "Barbara and the Camp Dogs".

May 22 saw the Senior Drama/Drama-In-Practice class travel to Billie Brown Studio, home of Queensland Theatre, in Brisbane, to view “Barbara and the Camp Dogs”. This performance is an indigenous piece of theatre that deals with contemporary issues through music and storytelling. It was a thought-provoking performance containing many valuable messages for the audience. The students are now required to analyse the performance as part of their Senior assessment. 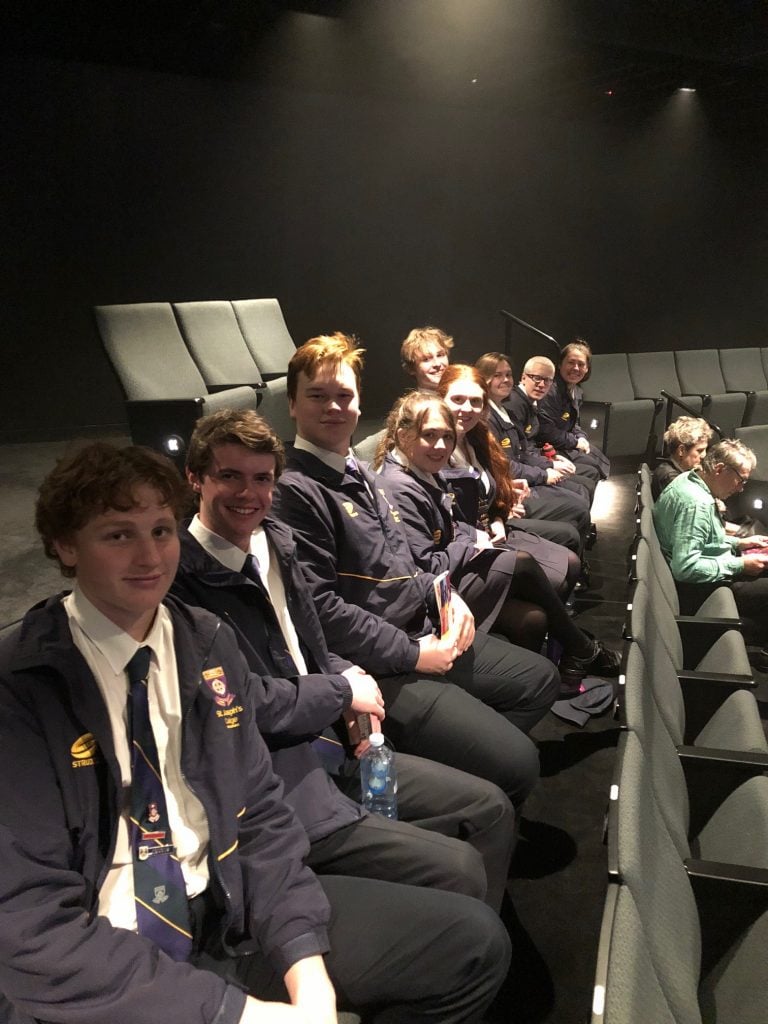 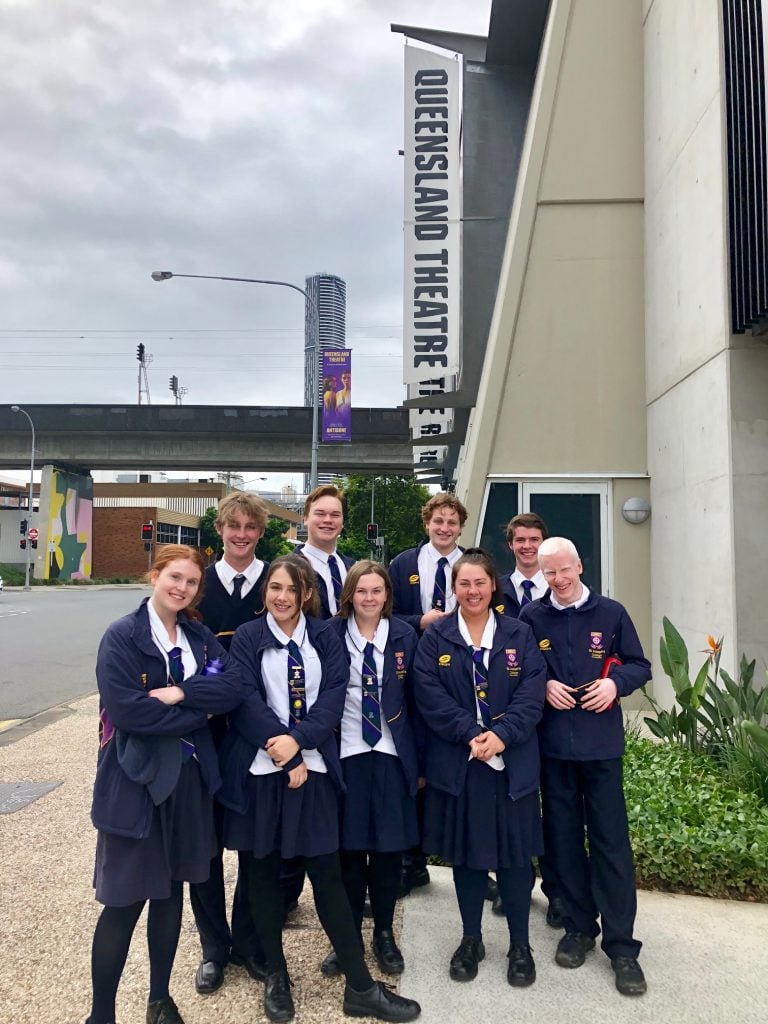 Most young people need about nine hours of sleep a night to maintain optimal daytime alertness. But few preteens and teens actually get that much sleep regularly, thanks to factors such as part-time jobs, early-morning classes, homework, extracurricular activities, social demands, and late-night use of back lit devices.

Sleep deprivation can have serious consequences. Tired teens can find it difficult to concentrate and learn, or even stay awake in class. Too little sleep also might contribute to mood swings health and behavioural problems.

Students will be 25 per cent less alert if they can only get seven hours sleep rather than the nine they need. By being forced to get up after only seven hours sleep instead of nine, teenagers across Australia are building up a sleep debt, losing up to 10 hours or more every school week.

This only begins to change about the age of 20, when young people start to become more awake in the morning.

Apart from the fact that these students will be up to 25 per cent less alert when they arrive at school, the problem with being woken up too early is that they are missing out on REM sleep, a particularly deep sleep vital for memory and learning.

While many kids make up for this lost sleep by sleeping in on the weekends, significant numbers still show symptoms of severe sleep deprivation. 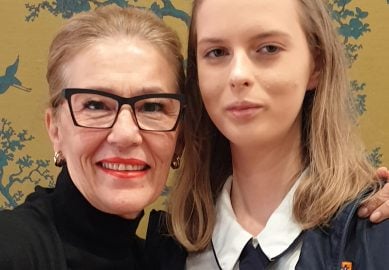 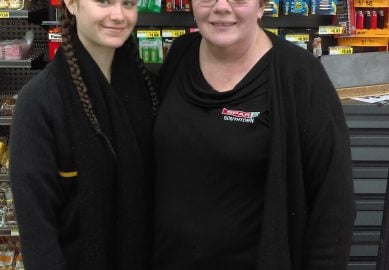 The College Choirs performed at the Eisteddfod in several sections this year, but in a reduced capacity due to the demands of the College Musical.

We also had several students competing in solos and duets performing either as a vocalist, playing piano or dancing. Congratulations to the following students for performing – it is obvious that you have prepared well and shown a lot of discipline in your performance area. 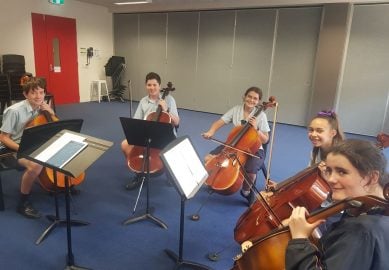 A new ensemble has commenced this year for all the cello students which we now have at the College.

A new ensemble has commenced this year for all the cello students which we now have at the College. The ensemble consists of 6 cello players and is directed by our lower Strings teacher and composer, Miss Laura Chegwidden. I am delighted to see the progress this area has made since St Josephs’ expanded the Strings Program and engaged a second string expert at the College. Laura is working brilliantly with our young cello and double bass students and inspiring musical passion in this area. 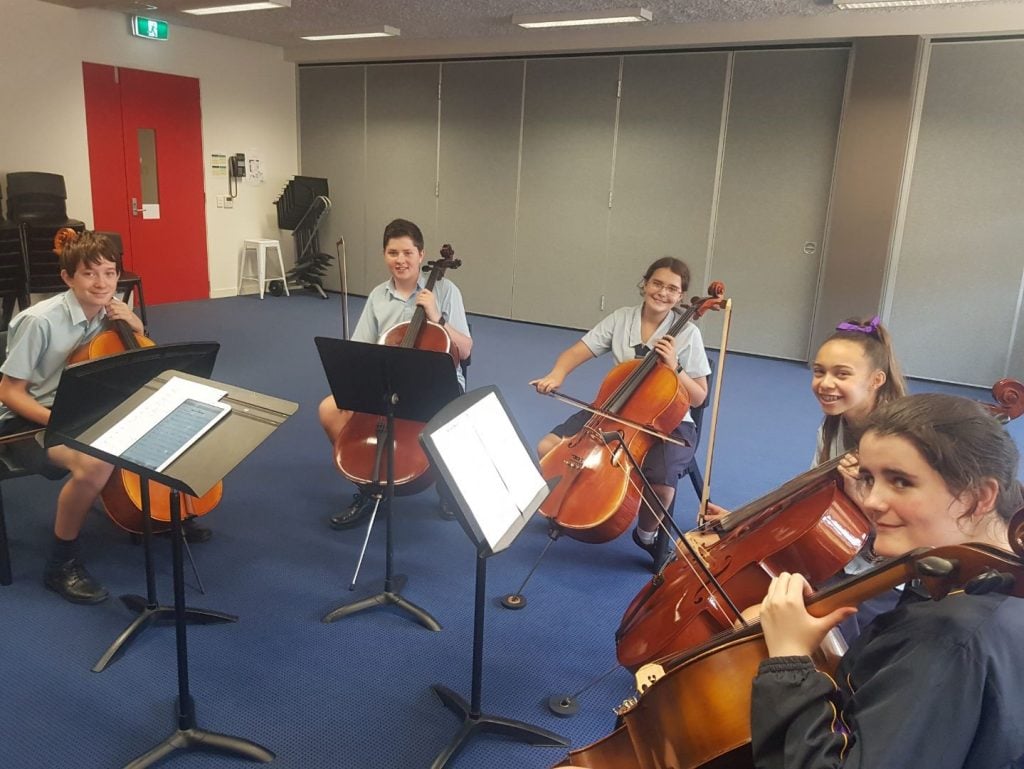 Several ensembles performed at the Open Day this week demonstrating a wonderful variety of musical genres which we are so fortunate to have at the College.

The Combined Choir sang one of the favourite Eisteddfod pieces “My Valentine” and the Combined Concert Band performed “Waltzing with Dragons”. String Ensemble performed “Royal Processional” during morning tea. Thank you to all the ensemble directors and students who prepared pieces for Open Day and performed.

The cast from the College Musical also performed one of the songs from High school Musical 2 which is due to open in two weeks. Well done to lead singers Ethan Chambers and Connor Hughes, and to all the singers, dancers and cheerleaders.

Finally, thank you to our piano players, Riley Furse, Amelia Rawson, Andre Fuller and Camillo Lanzafame for playing and demonstrating their piano prowess on the Grand Piano as parents and students toured through the music department.

This week the College recognised five exceptional music students and awarded them music leader badges for 2019.

These students participate in various music ensembles offered at the school – Concert Band, Choir, Jazz Ensemble and Liturgy Band/Choir – and most have been members of several ensembles over the last 4 years as well as rehearsing and performing in the College Musicals. All of these students have been involved in the music program at St Josephs since Year 8, representing their school at various competitions, performances and school functions. Thank you and congratulations to:

Coming up at the end of term is our annual community performances for some ensembles.

Coming up at the end of term is our annual community performances for some ensembles. Boys’ Choir will sing for, and have morning tea with, the residents of St Vincent’s Aged Care. String Ensemble and Junior Band head off to perform at two of our local Catholic Primary school – Holy Name and St Saviours. 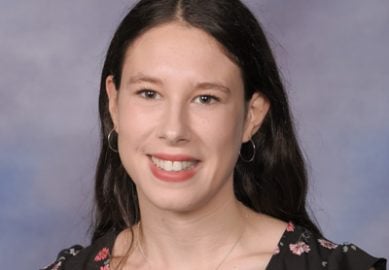 What excites you about learning?
Its potential to assist us to unlock our passions and beliefs and the many ways in which it makes available to us the knowledge and skills necessary to initiate change within our world and the world of others.

What this means to me:
This quote is a reminder that our ever day actions have a profound effect not just on our own lives, but on the lives of others. It is a reminder to think beyond ourselves and consider how we can inspire and bring beauty to our community and the wider world.

At Assembly on Wednesday, badges were presented to members of the Year 12 Liturgy Group. Thank you to the following students for their generosity, creativity and good humour.

Badges were also presented to our Year 11s who volunteer on a Wednesday morning to cook and serve breakfast at Clifford Park Special School. Thank you to these students for their example in living out our College Motto of ‘Serve Him in Others’.

Thankyou to A6, Miss Hines, Miss Unsworth, Mr Canning and our Year 11s for their attendance at Breakfast Club on Wednesday. We introduced a craft session where the students from Clifford Park had the opportunity to create their own placemat. It was met with such enthusiasm that we are going to have a regular craft activity.

What questions should I ask at my open day?

Asking questions at your open day is a great way to learn more about what’s on offer, and cover things which might not come up in the prospectus or websites.

Potential questions you could ask include:

However, also think about what’s most important to you and your family (it’s a team effort), have discussions at home before you make the trip.

Finally, if you’re interested in attending an open day, make sure you book your place in advance. You may need to register online. This is a great idea because it ensures you don’t miss out on information sessions you are interested in. 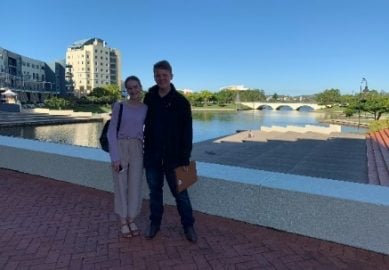 After a very early start (following Patrick’s miscalculation of how long it would take to get to the Gold Coast) we arrived at Bond University.

We went on campus tours with current students, experienced the Bloomberg Trading Floor, which is Bond’s world-class financial teaching space and a session in their entrepreneurial Innovation Space. For day two we were put into groups of four with students from around Queensland who are equally interested in studying at Bond. Within our groups, we were assigned the task of creating a pitch and report to sell a new Gold Coast Tourism strategy to Government officials. We were very grateful for the opportunity provided by the College and pleasantly surprised with how enjoyable and informative the experience was. We highly recommend the Bond Year 12 Extension Program for other students interested in Bond. 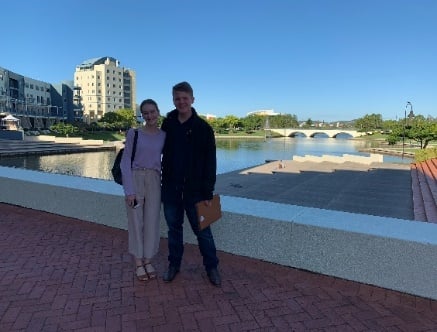 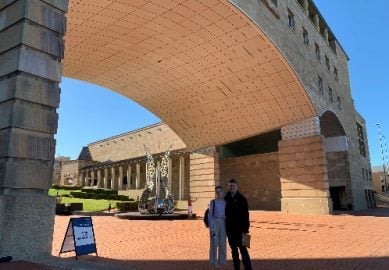 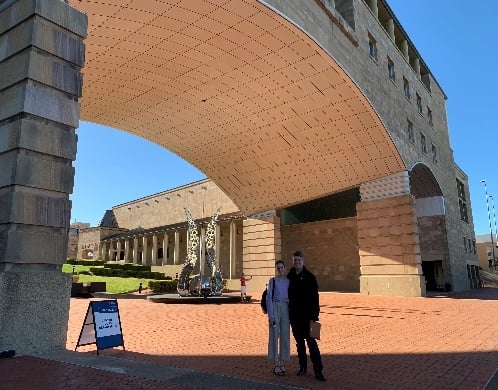 All our Year 10 Students will take part in a careers information session held at USQ on Wednesday 19 June, during Periods 1 and 2. We are very fortunate to have USQ tailor a mini student experience day just for us.

Parents will be receiving details electronically but please, do not hesitate to contact me if you would like more information. 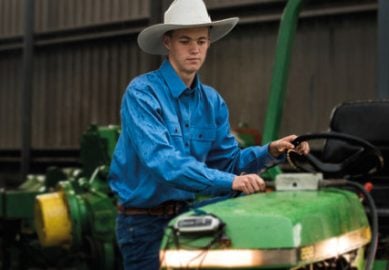 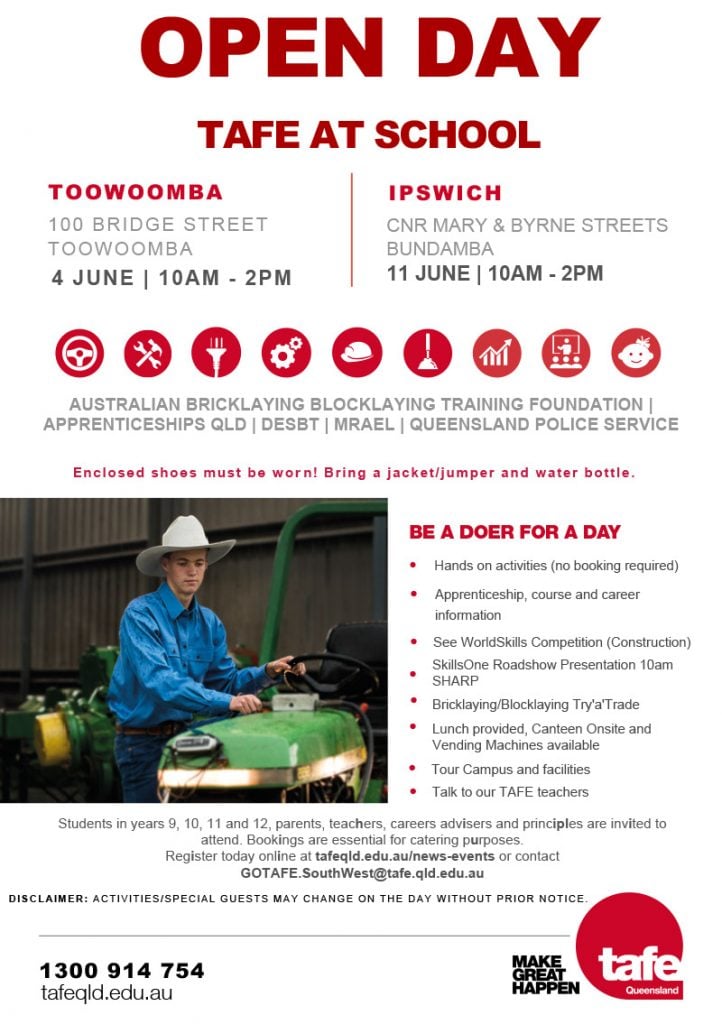